How to Manage Your Time (as a Student) 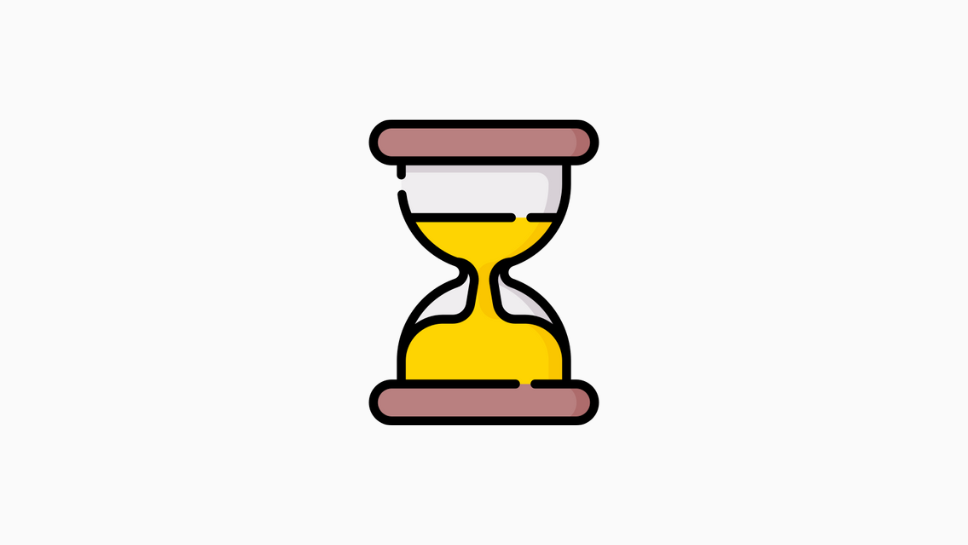 There’s this story about a teacher who stood before his class with a large empty jar, which goes a little like this:

The point of this story is that the jar represents our life and the things we put into the jar is how we decide to spend our time – the rocks represent the meaningful, high-priority stuff we have to do, and the sand represents the smaller, more trivial, and potentially meaningless stuff that tends to fill our day.

Now, if we were to put the sand and water into the jar first, there’d be no room for the rocks or the pebbles.

The same is true in our lives: if we spend all our time on small and insignificant things, we’ll run out of room for the things that are actually important to us. So, our goal should aways be to write down 2 or 3 important things we want to prioritise each day, before we even begin thinking about the pebbles and sand.

This is something I’ve called the Jam Jar Theory and there are a bunch of reasons why this works so well:

When we’re only focused on one or two priorities throughout the day, we’re less likely to jump between different projects, tasks, and other distractions, which is going to massively reduce our productivity. In fact, one psychologist said that each extra task or ‘context’ we switch between eats about 20 to 80 percent of our overall productivity.

So, while focusing on one task will make us close to 100% productive, if we switch between just two tasks, we’ll have a 20% drop in our overall productivity. And this just gets worse the more things we’re jumping between.

2. It helps us enter a state of flow

The other great benefit of having clear daily priorities is that it helps us enter a state of flow. Basically, if we hone our attention on one thing it’s possible for us to mentally switch to a state of enhanced calm, concentration, creativity and productivity. Something that Mihaly Csikszentmihalyi calls ‘flow’.

Like, if you’ve ever lost all track of time doing some research or writing an essay and just been fully engrossed in the task, then you probably entered the flow state.

But, what this jar story also tells us that our life isn’t going to be full, fulfilling, or enjoyable without the pebbles, sand and the water too. Like, if we’re spending our time doing high-leverage stuff like revision, essay writing, and other important work we’re going to feel burned out pretty quickly and have no time for the stuff we actually enjoy.

So, how do we design our day with this in mind?

This is where ‘Triple P’ Time Blocking comes into the equation

Now, time blocking isn’t exactly anything new. For example, Benjamin Franklin was an avid early adopter, detailing everything he’d do throughout the day including when to rest, do his chores, and eat lunch.

But, it’s also something not many of us actually do, despite how useful it is when it comes to managing our time.

All we need to do is divide our day into smaller chunks of time, which each chunk focused on a very specific tasks. So, unlike a to-list, time blocking not only tells us what we need to do but when to do it too.

Now, the triple P part of ‘triple P time blocking’, just describes the three types of time-blocks I’ll typically use to structure my day, but you don’t have to use this method if it doesn’t work for you. In short, it stands for ‘power up time’, productive play time’, and ‘protected time’.

This time block is always the first thing I do in the morning and, as the name describes, is used for a task or tasks that will get me in the right state and power me up for productive work.

I know that if I wake up, eat breakfast, and try to dive straight into work I’m going to hate myself. So, instead, I always have a time block for something I’ll enjoy when I first wake up, whether that be to read a book, work on a personal project, or do some other smaller task I’ve been meaning to do for a little while.

This strategy very loosely takes advantage of Newton’s First Law, which basically says that ‘objects in motion tend to stay in motion, and objects at rest will stay at rest’. So, when it comes to our work, when we actually get going we’ll find it much easier to keep going and begin ticking off our tasks.

There’s also something known as the Zeigarnik Effect at play too, which tells us that we feel naturally compelled to finish a task once we’ve started it. As long as we just start, we’re probably going to want to keep going. This is why I want to keep that initial time block as easy and as enjoyable as possible because I’ll take the positive momentum with me throughout the day.

The goal here is to make time in the day to do less demanding, but still semi-productive, stuff when our energy levels are naturally a little lower. We’re essentially trying to work around our natural circadian rhythms, where our energy levels are typically highest in the morning and around the early evening time.

So, during the mid afternoon and later in the evening, we don’t really want to be focused on our high-priority work and, instead, we want to do stuff like going to the gym, finishing off our chores, reading a book, and occasionally doing mindless stuff like socialising, partying, and other heinous activities.

These are basically my rocks and these take up the large percentage of my day.

One thing I try to keep in mind when time blocking these tasks is Parkinson’s law, which tells us that a task will expand to fill the time they’re given. So, if we give ourselves 4 hours to research an essay instead of two, the amount of work we’ll need to do to finish the task will just expand to fill all four hours.

So, as long as we’re being realistic, we should always try to make the time block slightly shorter than we’re comfortable with, which helps us to stay focused, use our time more efficiently, and prevent tasks from taking far longer than they need to. And if you’re not 100% happy with the work at the end of the time block, that’s totally fine.

Just remember: don’t let perfect be the enemy of great.

The one big problem many people have with time blocking is that it all feels a little too rigid. We often get derailed by an unexpected task or something that took way longer than we wanted, which makes us question why we bothered planning everything out in the first place.

This is why it’s super important to build flexibility into whatever system we’re using to manage our time. Without flexibility we’re going to feel frustrated and demotivated whenever something goes wrong, which is probs going to happen most days.

You’ve probably heard the phrase ‘no plan survives contact with the enemy’. Well, it’s pretty true. However well we plan our day we’re super unlikely to stick with it, especially if we time block every single second of our waking hours.

One of the biggest reasons for this is something known as the ‘planning fallacy’, first proposed by Daniel Kahneman in 1979, which basically tells us that we all tend to overestimate the amount of time it takes to complete a given task. In fact, even it’s a task or schedule we’ve performed a million times before – like writing an essay, preparing for a moot, doing some research – we always lean towards being overly-optimistic about how we’re going to manage our time.

So, what’s the solution to this?

My recommendation is to ‘build a buffer’ – all this really means is that we should be giving ourselves a little extra time between our tasks throughout the day. By doing this, we’re actively taking into account that things might now got the way we plan. So, if our essay writing takes an extra 20 minutes to finish it’s not going to be the end of the world, as we’ve already managed our time to account for that.

The other thing to keep in mind is that even if we do finish on time, this doesn’t mean we just need to keep ploughing on through our work. It’s totally cool to just relax during these buffers and allow our brains to rest.

In fact, this is an important point about time management. What we’re really trying to achieve through time management is to give us more time to do the stuff we find fun and meaningful, and not just mindlessly fill that extra time with more work. So chill out whenever you can 🙂

In the worst case scenario where the buffer still isn’t enough time, it’s easy for us to think we’re under-achieving or being inefficient. But, this is a really bad mental model to have. Instead, we shouldn’t tie our self-worth to actually completing tasks, but instead value making progress on a task, however slow we actually go. Like, we’re not always going to feel happy, full of energy, and motivated to work, so just be happy you’re sat down at your desk doing something.

Finally, one thing we all tend to forget about time management is that it’s actually all about using out time wisely in the long-term, and not just the short-term. Like, a perfect plan today is going to be pointless if we spend the next 5 days avoiding anything that even smells like work.

This is why our plan need to encourage consistency and habit-building.

There’s literally a bunch of different ways we can do this, but my preferred method is one of the easiest. It’s called the x-effect.

The idea of the x-effect is to encourage habit building by encouraging us to mark an X for every day we complete a given task. Like, if we want to build a habit out of reading cases or analysing journal articles, we would put an X down for every day we do that thing.

The bottom line is that it takes about 49 days, or so, to form a new habit. So, if we’re consistently doing stuff over that time period, and actively tracking our progress, time management becomes automatic – we basically do everything we want to do every single day on auto pilot.

If you want, you can get my x-effect template here (compatible with Excel or Google Sheets):

Or, if you’d rather, you can just sign up to my newsletter 🙂